VPS (Virtual Private Server) is something between shared hosting and a dedicated server. It's similar to shared hosting in a way that multiple virtual private servers share the resources of a single physical server.

The difference is that a VPS is a lot more powerful and flexible for a similar price to shared hosting. You can pick a size of a server, its CPU, RAM, Disk Space, Bandwidth and other resources. It acts as a dedicated server, but at a lot lower monthly price. 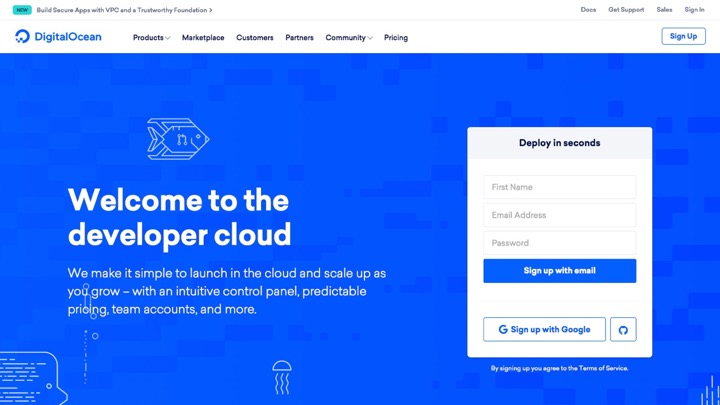 DigitalOcean offers flexible server configurations with fast load times, great uptime and reliability at cheap prices. It's no surprise that it quickly became one of the most popular VPS hosting providers in the world. It's based in New York City with 12 data centers around the globe. It offers four main products:

Droplets are virtual machines that you can provision in just 55 seconds. You can choose between Standard, General Purpose, CPU-Optimized, or Memory-Optimized configurations.

Standard droplets come with a mix of memory and compute resources. They are the most popular products DigitalOcean offers, best for small projects that can handle variable levels of CPU performance, like websites, blogs, web apps, microservices, small databases and dev/test environments.

DigitalOcean offers Managed Databases so you can let it manage the relational database engines for your applications so you can focus on building. MySQL, PostgreSQL and Redis are supported. 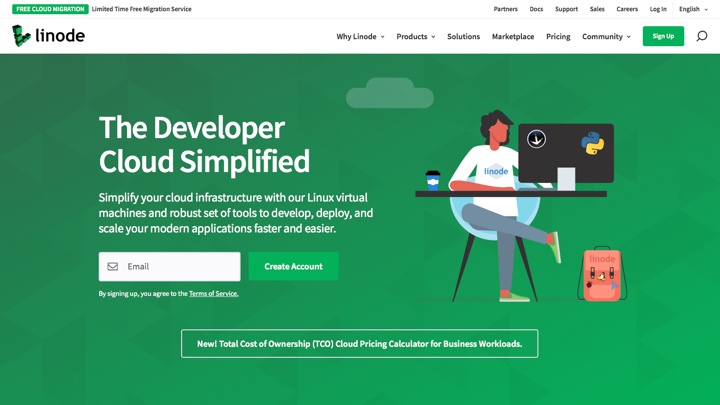 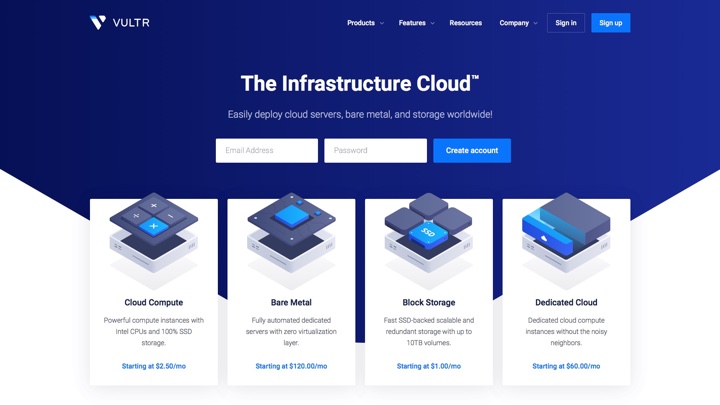 Vultr has a large worldwide network of servers, so you can choose where you want to deploy your instance, near you, near the majority of your customers, or some other location. There are 8 server locations in the United States: Atlanta, Chicago, Dallas, Los Angeles, Miami, New Jersey, Seattle and Silicon Valley, and 9 worldwide: Singapore, Amsterdam (Netherlands), Seoul (Korea), Tokyo (Japan), London (United Kingdom), Paris (France), Frankfurt (Germany), Toronto (Canada) and Sydney (Australia).